Underdogs of the Old Testament: David 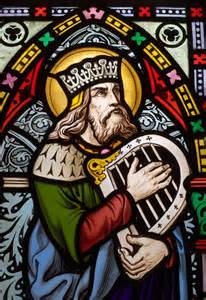 David is another unlikely hero in the Old Testament.  Like Joseph and Moses, he had humble beginnings being the last of eight brothers.  It was not likely that he would defeat Goliath the Philistine in battle because he was so small and unprepared.  He was only a shepherd boy.  He could not even wear the armor because it was so heavy and cumbersome.  But defeat him he did, saying, “You come against me with sword and spear and scimitar, but I come against you in the name of the Lord of hosts, “(1 Samuel 17:45).  David eventually rises in power and becomes king, but his actions are not always pristine.  He falls for Bathsheba, a married woman, and she becomes pregnant from their tryst.  Like Moses, he tries to hide it by having her husband killed in battle.  That way, she would be free to move in with him.  However, later on, he is remorseful and goes back to God for redemption.   “People may still choose to sin, but the goodness of God and his everlasting mercy will be seen in the bounty and the regularity of nature’s seasons, “ (Boadt, Reading the Old Testament:  An Introduction, 124).

We all screw up.  We sometimes make the same mistakes over and over again.  We may think that there is no redemption for us.  But these underdogs of the Old Testament tell us there is.  There is always hope.  They say, “You think you make mistakes?  Look at us!  We have made some big ones, yet God’s grace saved us.”  It is possible, and that is why these stories speak to us so profoundly.

David felt a deeper purpose despite the odds against him.  When King Saul died, David prayed to God about it and moved his family to Hebron.  He told the people, “Take courage, therefore, and prove yourselves valiant men, for though your lord Saul is dead, the Judahites have anointed me their king, “ (2 Samuel 2:7).  Did David really know what he was doing?  David was moving into fresh domains where there were no role models (Holladay, Long Ago God Spoke:  How Christians May Hear the Old Testament Today, 110).  He knew he was meant to be king, yet he had been a lowly shepherd.  His resume was wanting, but there was a deeper purpose at stake.  As Ruether says, “It is only in that gratuitous and transcendent mystery of freedom, that dawns upon us without our ‘deserving’ it, and before we have articulated our need for it, that we find ourselves able to enter into this articulation and transformation, “(Liberation Theology:  Human Hope Confronts Christian History and American Power, 9).  David entered into the unknown of being king and became transformed by it, because he knew it was what God wanted of him.  He felt his function in life was to serve his people, and became king because he knew he could secure the nation for them.

Their lack of self ego makes these underdogs of the Old Testament the unlikely heroes that they were.  This helps us relate to them and want to be like them.   “…the hero is a person who lives in close contact with the inner world of the unconscious and its spiritual powers.  This brings the hero stories closer to us…all of us have the potentiality to become the hero, each in his or her own way, “ (Sanford, The Man Who Wrestled with God, 86).

Some questions that David helps us to ponder and reflect:

Are there actions you do that you repeat over and over that aren’t healthy?  God’s grace is always there for us.  “…hope does not disappoint, because the love of God has been poured out within our hearts through the Holy Spirit who was given to us.”  Romans 5: 3-5

Have there been times when you have felt unprepared yet felt you were called to do something?  How did it turn out?  Do you feel the Holy Spirit was a part of it?

How might you be a hero for God in your own way?

This site uses Akismet to reduce spam. Learn how your comment data is processed.